Freelancers struggle to adapt to a shifting Canadian media landscape during COVID-19 pandemic Sunday, May 10th, 2020

This is part one in a series on the ways that Canadian freelancers are weathering COVID-19. Read part two right here. 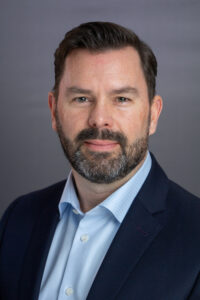 Jeff Gaulin does not believe that the Canadian media landscape will go “back to normal” once the COVID-19 pandemic ends.

The owner of the popular journalism job site says the pandemic has been “devastating” for his website and all of the journalists who rely on it.

“Freelance journalists will need to adapt more than ever before, and find out what their edge or unique selling proposition is in this increasingly volatile and competitive market,” he said.

But even though freelancers are scrambling during the pandemic, Gaulin says, there is still demand for freelance services as news outlets strive to keep their fixed costs low but still access reporters.

Overall, the number of jobs posted on Jeffgaulin.com has declined more than 90 per cent. But Gaulin says all of the jobs posted on his site in the past month were freelance-based.

“Journalism is an essential service in Canadian society, so I am glad to see there are freelance opportunities for journalists,” he said.

“On the other hand, there is more competition [among freelancers] than ever before, and the prices paid are dropping dramatically, as most media outlets are losing their primary source of revenue – advertising.”

Freelancers are incredibly valuable to media outlets, he added, because they can provide subject-matter expertise in areas like technology and medicine along with expanded geographical and flexible coverage.

“I think the pandemic is only accelerating the transition we were already seeing in journalism in Canada – from traditional print publications such as newspapers and magazines to digital outlets, and from full-time, permanent work to a gig economy of mostly freelance work.”

There’s no doubt that the pandemic has hit the media industry hard. A new study shows that 129 media outlets were impacted by the pandemic between March 11 and April 29.

The study, which includes an interactive map, was a joint project of the Local News Research Project at Ryerson University’s School of Journalism, the journalism news site J-Source and the Canadian Association of Journalists.

According to the published findings, 50 media outlets closed permanently or temporarily during the study period. A total of 19 outlets ceased some or all of their print editions, while 16 cut back on news broadcasts or shows. Meanwhile, 78 outlets announced layoffs and job losses.

“For almost 50 papers to close in just the last six weeks is unprecedented,” said April Lindgren, a Ryerson journalism professor who serves as principal investigator for the Local News Research Project.

Whether they work in traditional media or not, many freelancers have lost significant amounts of work due to the pandemic.

Mark Mushet, a Vancouver-based freelancer, provides photography, videography, writing, design, and IT and webcasting services for educational, cultural and health care organizations. He also operates an arts-and-culture-focused website on a not-for-profit basis.

As part of a regular gig, he did sessions on the spread and nature of the coronavirus involving Canadian Centre for Disease Control and Vancouver Coastal Health personnel. But the gig ended because the room his group used in a facility was converted to an emergency call centre.

“[The future] is going to be precarious,” he said. “My biggest concern is how many of my clients will still be standing in six months.”

To deal with financial stresses, freelancers can access the federal government’s Canadian Emergency Response Benefit as well as provincial benefits like relief for renters. And as CBC reported in March, several other grants are also available for self-employed writers and artists.

“If anybody thinks they’re going to be a photographer or videographer or creative (sector professional) without a substantial base of support, they will not make it through this,” said Mushet, who has a spouse but no kids. “By support, I mean secure housing, [a] supportive partner and/or family and some cash at hand.”

Mushet said he is in a “suspended state of animation.”

“Everything I do is somehow connected to people being able to gather,” said Mushet.

“Work has vanished entirely. My concern is for the smaller groups in the cultural sector who may not recover. I can’t do anything to offset the effects. Seriously. It’s a waiting game.” 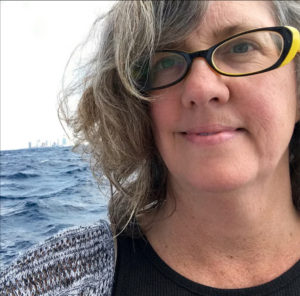 Toronto-based travel writer Jennifer Bain is grateful that her book project, 111 Places in Calgary That You Must Not Miss, is proceeding after the coronavirus shut down 95 per cent of her planned work. Assignments to Arizona, Hawaii, Las Vegas, Australia, Tasmania, Sudbury and the Yukon were scrapped due to the outbreak.

“The newspaper website that I write weekly for, Postmedia’s Canada.com, shut down all freelance on March 18,” she said.

The coronavirus has also led to a change in her work environment.

“There are now five people and a cat crammed into my small Toronto house,” said Bain, a married mother of three. She said her work days seem to only be Saturday and Sunday now, because she spends so much time helping her two youngest kids – grade two and grade six – with school.

“I’m lucky that I can step back from work temporarily, and so I don’t have to compete with my friends for the dwindling number of assignments out there as we watch publications like the Canadian Jewish News fold and the Vancouver Courier suspend publication.”

During her down time, Bain has finished off a Master of Fine Arts in Creative Nonfiction degree from Halifax-based University of King’s College, reduced clutter in her home and reorganized her files and paperwork.

She encourages freelancers to pursue coronavirus-related gigs – either personal stories or reporting assignments.

“It looks like there are a decent number of reported or personal coronavirus assignments up for grabs at the moment,” said Bain.

Get to work on “back burner” stories

He experienced a sharp downturn in assignments after automakers ceased making vehicles available for road tests and reviews. A travel writing assignment was also postponed.

“To offset this (decline), I am selling stories on the impact of COVID-19 on the auto industry,” he said. “I’m also doing more historical items, which can be researched from books and magazines.”

When it comes to COVID-19 angles, he advises freelancers to look at the pandemic’s potential effects on activities in upcoming months.

“It’s easy to say everything is shut down due to COVID-19,” he said. “But media is considered an essential service, so media outlets still need to get material from freelancers. That’s a huge opportunity for freelancers to pitch ideas that otherwise are not being covered by staff reporters.”

He added that freelancers should use the extra time available to work on stories “in the early stages that never seem to get completed, or those ones on the back burner that you never seem to have time to work on.”

He noted that interview sources are easier to reach at the moment and may welcome the interaction.

“Many freelancers tend to put these sorts of chores off, because they would rather be writing. But things are different these days,” he said. “There’s time to get these things done.”