This is part two in a series on the ways that Canadian freelancers are weathering COVID-19. Read part one right here. 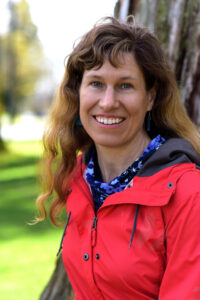 Her feathered friend was there even before the coronavirus struck. But now the Vancouver-area freelancer, who specializes in science reporting, has to deal with her husband and two of their kids being around during working hours as well.

Evans Ogden is one of many Canadian freelancers who are adapting as they contemplate how the coronavirus will affect their livelihoods on a long-term basis.

In her case, the answer is “still emerging.”

“And, I expect it will continue to change over time,” said Evans Ogden.

Currently she has a backlog of deadlines assigned both before and after the pandemic was announced.

“All of these assignments have nothing to do with COVID-19. I’m writing those up as fast as I can because I’m anxious to contribute to COVID-19 reporting,” she said.

Anticipating that COVID-19 will be a big part of her work for the foreseeable future, Evans Ogden is preparing pitches for “solutions-based stories” in areas that interest her.

“But I’ll also make sure to mix [pitches] up with other topics I like to write about,” she said. “I know I will need to take my brain off the corona-channel some of the time for my own mental health.”

Evans Ogden advises freelancers to be flexible, “think outside the old box,” create opportunities, reject “shitty contracts” and, if necessary, seek help with contracts and other issues from the Canadian Freelance Guild.

“This is a brand new world,” she said. “We don’t have to operate in the same ways as before.”

In many cases, the new ways have yet to be determined. While U.S. President Donald Trump talks about getting his country back to normal soon, Canada’s freelancers are hunkering down for many more months of adversity.

Some Canadian freelancers have already been hit hard as many projects are being postponed. 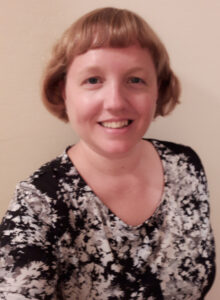 “The projects I was working on continue but I have not got new work since the pandemic started,” said Toronto-based freelancer Suzanne Bowness. “I had a couple of projects I was in the midst of quoting put on hold, and a regular client has put me on hold for six months.”

A generalist, Bowness writes everything from website copy to blog posts to reports, including many pieces lately for colleges and universities.

Bowness was quite busy with assignments when the coronavirus struck. So she held off on sending pitches for about a month – sensitive to the fact that her editors and clients were adjusting to working from home and dealing with the stressful times. She recently reached out to them but received polite rejections.

“All responses were nice but most didn’t have new work right now with budgets needing approval, a couple saying they might have some assignments down the road,” she said.

As work slows down, she said, freelancers need to get “creative about outreach” and “hit the right tone” with pitching while realizing that “everyone else is stressed.”

“I do think we need to keep marketing and connecting, and that the way forward will become clearer after the next few weeks have passed,” said Bowness.

Edmonton-based freelancer Mansoor Ladha has received responses similar to the ones experienced by Bowness. But he advises freelancers to persist with pitches in the face of rejection.

“Keep it up and don’t get discouraged,” said Ladha, a retired senior newspaper editor who writes op-ed columns and travel stories.

Break out the umbrella

Leora Kornfeld has had a number of projects put on pause as well.

“Is that the same as cancelled? Only time will tell,” she said.

Kornfeld is a Toronto-based consultant (and former CBC radio host) who specializes in providing media and technology research for private and public-sector organizations,

Her paused projects include a three-phased project for a U.S.-based trade organization, an audio version of an industry-trends report that was to be presented at a since cancelled media industry event, and a podcast series.

To get through the uncertain times, Kornfeld offers other freelancers advice that she gives herself.

“Make sure you keep a certain amount of financial runway in front of you – always,” she said.

“If you get to the point where you don’t have a personal slush fund to cover about six months of expenses, then you may want to rethink the freelance life. And if you have a rainy-day fund, break out the umbrella, because it’s raining out there, folks.”

Liz Schieck, a certified financial planner with the Toronto-based New School of Finance, says freelancers should not feel guilty about dipping into emergency funds if work is drying up during the pandemic.

During a webinar for CFG members in April, she advised freelancers to do a “controlled burn” when dipping into such financial reserves as non-invested cash, high-interest savings, a tax-free savings account (TFSA), a home-secured line of credit, a personal line of credit or a low-interest credit card.

Avoid taking funds out of an RRSP unless it is a last resort, put a “hard limit” on expenses and place spending money (as opposed to funds committed to monthly bills) in a separate account.

Schieck also advised freelancers to seek deferrals on bill payments from financial institutions, utilities and other service providers. (Make sure you cite COVID-19 as the cause of your income loss; otherwise, deferral requests may be rejected.)

She noted that older freelancers receiving Canada Pension Plan and Old Age Security benefits can still apply for the CERB if they had no freelance income for a one-month period.

To make the CERB application process go smoothly, Schieck added, ensure that you have created a CRA My Account.

Ken McGoogan, a Toronto-based writer, believes some freelancers might be wise to undertake longer pieces or book projects.

“If you haven’t got a market for short things, and you still have a way to put food on the table, maybe now is a good time to tackle something big and all-consuming,” he said.

McGoogan has felt the impact of COVID-19 at different levels. The pandemic forced the cancellation of two events tied to his latest book, Flight of the Highlanders, and he will teach some classes in the King’s College MFA program online instead of in person this summer.

But, recently, McGoogan was able to place a long article with Canada’s History, to be published in August. He likened the pandemic to labour disputes that disrupted his work while he was on staff at daily newspapers.

“Several aeons ago, when I was working at the now-defunct Montreal Star, a strike by pressmen shut down the paper for several months,” he recalled. “We journalists collected some kind of strike pay. I tightened my belt, put my head down, and wrote a book.”

McGoogan later walked a picket line with Calgary Herald colleagues during another eight-month strike. That strike proved to be “most productive” as he completed another book when not walking the picket line.

The book he wrote during the second strike was Fatal Passage, which depicts explorer John Rae’s discovery of the Northwest Passage.

“It won five awards, got made into a feature-length docudrama, and marked a turning point in my writing career,” said McGoogan.

After decades weathering the ups and downs of life in media, he considers himself and other freelancers ready for a lengthy battle against the coronavirus.

“Last time I had an outside office to go into on a regular basis was in 1999 – so I’ve been training for this for more than two decades,” he said.