Why I killed my newsroom career Megan DeLaire Wednesday, May 18th, 2022

There goes my career.

My desk is in a corner of my apartment where a window and a white radiator meet. I have worked there for the last two years. I stop four or five times each day to sit in a green armchair by a different window. I live on the third floor, and there is so much to see on the street below. I like to watch. It’s raining today and there are buds on the trees. My superintendent is waving a broom at a man who peed on the red brick apartment building next door.

I am a journalist. I have not been happy for a long time. I hold a university degree and a college diploma. I have done what other people told me to do for most of my life. They promised if I did these things, I would be happy. From the time of my earliest memories, my plan has been to go to university, start my career and get a “good job.” I never had another plan.

A “good job” is usually in an office. It comes with a steady schedule, a salary and dental benefits. You need a university degree to get in. I haven’t been happy since I landed my first “good job.” 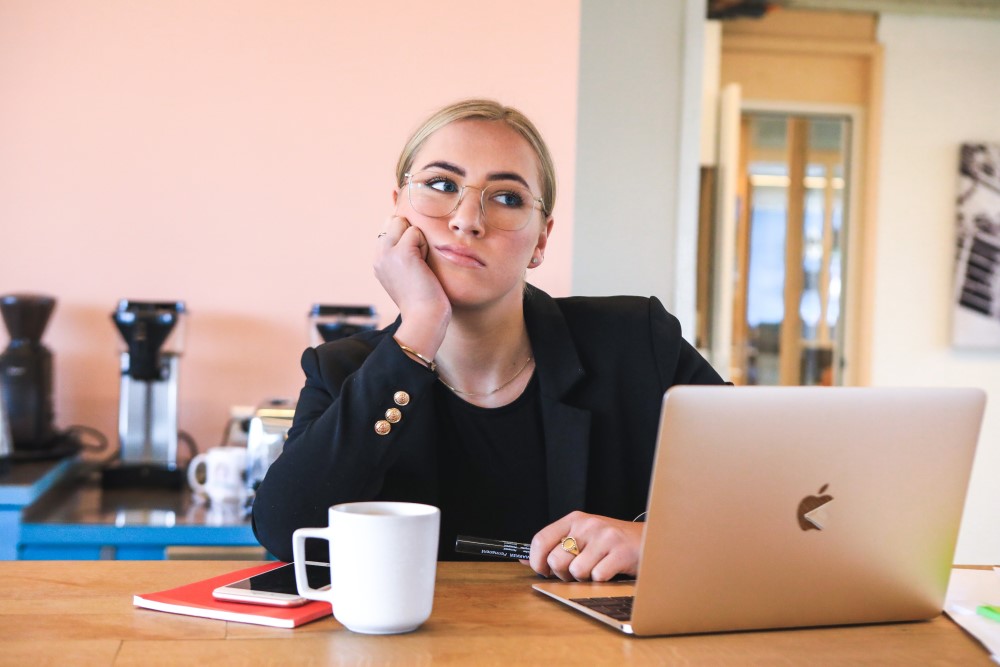 I’ve decided to kill my career.

I need to make everything I’ve done unhappily into something I’m happy doing. I need to look beyond the blueprint I was given.

The long road to a good job began when I was three. My dad liked to pick me up and make me promise to become a veterinarian and buy him a Corvette. I couldn’t say the word “veterinarian,” but I could nod my head and say “I promise.” My parents were high school dropouts. They were working in a factory that made car panels when they had me. My dad tried to earn his General Education Development certificate when I was little, but lost interest. Quickly.

Later, my parents split up and my mom went to college. My parents wanted me to have more than they had. They wanted me to earn scholarships and go to university. In 1992, while they were painting and inspecting rocker panels, 169,000 students graduated from universities in Canada. By 2007, that number would grow by 43 per cent.

I was so young the first time I heard about university, I couldn’t picture it. I imagined a university was like a train station with a booth that sold degrees instead of train tickets. I would walk up to one of those booths some day and buy my ticket. Easy.

When I was in Grade 8, a teacher told me I had to decide if I wanted to take university– or college–track high school courses. “Only the bad kids take the college courses,” she said.

I didn’t know what I wanted, but I knew what my parents wanted. I also knew I didn’t want to be a bad kid. Being poor was bad enough.

In Grade 10, my career studies teacher said it was time to choose a career. I needed to choose so I could plan the next two years of high school credits. If I didn’t graduate with the right credits, I wouldn’t get into the right university program. Then I couldn’t have a good job and a career.

In 2009, the Ontario Student Trustees Association surveyed 7,000 high school students about the compulsory Grade 10 civics and careers courses. The survey found 74 per cent of students thought the courses were a waste of time. Some complained the careers course didn’t offer enough real-world experience learning about different types of jobs. Instead, students were steered toward careers based on their grades and the results of aptitude tests. I struggled with math and science. I decided to become a journalist.

I won an entry scholarship from the University of Ottawa. I graduated from the school’s journalism program with honours. I earned an internship with a daily newspaper. Most of the people in my class wanted that internship. I started my first full-time job covering community news in Ottawa in 2015. The job came with benefits and paid vacation time, but the office had no windows. There weren’t enough of us and there was never enough money. People from the advertising sales department would come to our desks and ask us to write content that would make their clients happy. I mostly reported on fundraisers, annual festivals and the schools, hospitals and businesses in the Ottawa suburb that was my territory. The reporters on my team were discouraged from trying anything new; from “reinventing the wheel.” The phrase, “Something’s better than nothing,” became an unofficial motto. I didn’t like it. I promised myself I would try it for two years.

I quit a few weeks after my second anniversary. I moved to Toronto and worked in two more newsrooms between 2017 and 2021. For the last two years of my newsroom career, I worked for the same company I’d left in Ottawa. I was assigned in 2020 to a two-person team dedicated to provincial COVID-19 coverage. I was miserable. Cynical. Burnt out. I wanted to leave. I was also scared of the shame I would feel disappointing everyone who’d wanted me to succeed.

At 30, I began to think about what I wanted.

Many of the people I met in university have abandoned the plans they left high school with. Some tried to make their first career work for years before starting over. Some graduated with degrees in one field and went to work in another. Most of us felt pressure to make a major decision when we were too young to know what we wanted.

I still want to be a journalist. I quit my last full-time job in October and started freelancing. I sell single malt scotch whisky at a Scottish public house on weekends for extra cash. I have enough energy to develop interests I didn’t study in university. I’ve started a podcast about outdoor adventure sports.

Megan DeLaire is a freelance journalist based in Toronto. In another life, she worked in newsrooms in Toronto and Ottawa. She’s interested in stories about climate change, environmental and social justice and adventure. She runs on podcasts, cheese and coffee.