WEBINAR: Making the Most of Your Interviews (on any media platform) Monday, July 27th, 2020 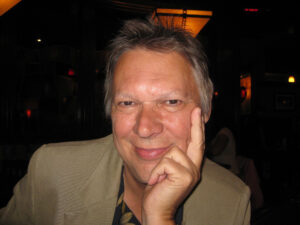 For Paul McLaughlin, calling an interview a success comes down to just one thing.

McLaughlin, one of Canada’s most experienced interviewing trainers and author of the book, Asking Questions: The Art of the Media Interview, says knowing what you need is one of the keys to scoring a good interview.

“For example, with a feature article, it’s because I’ve gone after what I call a ‘DnA.’ That’s a mnemonic I’ve made up for ‘details and anecdotes,'” he says.

“So have I got material that’s good? Do I have something that’s golden? I’m always trying to find some gold in the interview. You’re likely going to be surprised and there are things that you can’t anticipate but if you have a goal, you have a better chance of accomplishing it.”

McLaughlin is the former interviewing trainer for CBC Radio and TV and has taught interviewing at the Ryerson School of Journalism and in York University’s Professional Writing program. He’ll share some of the lessons he’s learned conducting thousands of interviews for both broadcast and print in an upcoming Canadian Freelance Guild webinar called “Making the Most of Your Interviews (on any media platform).”

It will cover interviewing for both print and broadcast, advanced preparation techniques, and establishing trust and rapport with an interviewee.

Rapport, McLaughlin says, can be helpful if you’re able to establish it. But it’s important not to get caught up in the rapport and lose sight of what you’re trying to accomplish.

He recalls a young student of his who went out and met an interviewee in a bar.

“She told me when she got back ‘oh my god, it was the best interview I’ve ever done, we connected so amazingly.’ But when she transcribed it she realized there was nothing there she could use,” he says. “They were just spending the whole time enjoying each other. She wasn’t doing her job.”

Doing your job properly can lead to hugely rewarding moments. Of his thousands of interviews, one that has stayed with him is a series of interviews with a Holocaust survivor, a woman who had been in Auschwitz, who hired him to interview her about her life.

She told a story about a day when the Nazis divided a group of prisoners into two lines. A voice came into her head telling her to change lines.

“When the guards weren’t looking, she walked into the other line. The line that she had been in went to the gas chambers. And the line that she ended up in went into a labour camp,” says McLaughlin.

“She cried, and I cried. And the emotion of that moment was as powerful as anything I’ve experienced in my life. And she shared it with me.”

Register for the CFG’s webinar

McLaughlin’s one-hour webinar Making the Most of Your Interviews (on any media platform) happens on Thursday, August 6th from 1 p.m. to 2 p.m. Eastern Time. It will be conducted using the Zoom platform. It is free for Canadian Freelance Guild members and costs just $25 for non-members.

Your link to the Zoom-platform session will be sent to you shortly before the start time. Please be on time.

You can find more information about the cost and benefits of membership in the CFG right here.

For more information, and to register for “Making the Most of Your Interviews (on any media platform)” click here.