This series of posts by the Born Freelancer shares personal experiences and thoughts on issues relevant to freelancers. 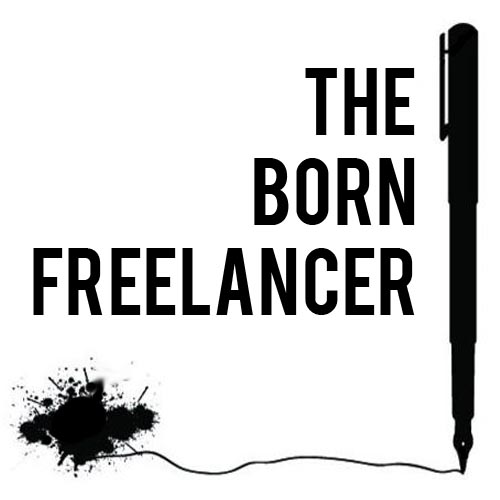 Indeed, if attempts are ever made to reproach its proponents, the response is usually full of derision and scorn. “Can’t you take a joke”?

Worse than that, it is frequently hidden or downplayed. How can you fight a prejudice that isn’t even openly acknowledged?

I was always taught to believe that traditional media typically reflects attitudes already prevalent amongst the general population. Therefore it is perhaps not surprising that too much contemporary media is an unashamed participant in, and promoter of, ageist values.

After all, it’s what we learn from the beginning.

It starts when you’re a newbie trying to break into media. You’re too young, the gatekeepers say, meaning too inexperienced. This is perhaps the most benign form of ageism you will ever encounter in your career.

You quickly grow out of it.

One freelancer I know has had a distinguished career in broadcast news. A exceptional writer, and a fantastic voice. But eventually whenever he would go out for a job he almost always came away knowing that the job would go to someone else. He blames it on his age although he knows he can never prove it. “They take one look at me and I can see it in their eyes”.

This is perhaps the most insidious kind of ageism – the unspoken kind. Your resume/demo are good enough to get you in the door but once there they see a few wrinkles and it’s goodbye. Why would that matter? Clearly it shouldn’t, all things being equal otherwise, but it can and it did to these potential employers.

Another highly experienced but much younger-looking freelancer describes going into a pre-pandemic meeting with an editor to discuss future possibilities. They got along really well and an offer of work seemed all but a formality until the editor casually asked our freelancer’s age. Taken off-guard, this was shared. The editor suddenly reacted as if our freelancer was one of the decrepit living dead.

“It’s like talking to my parents” she announced in horrified tones that pretty much ended the meeting and any future possibilities of work.

An almost comical example of blatant ageism except for its dire consequences. What difference should a writer’s age make aside from being evidence of a life well lived? Clearly it shouldn’t, all things being equal otherwise, but it can and it did to this potential employer.

Such stories go on and on with some freelance opportunities more impacted than others.

In both these cases the prospective employers embodied and acted upon prejudices they perceived in the wider public at large which they felt would damage their brand if associated with their work.

This profoundly flawed rationalization also probably masked deep feelings of insecurity about their jobs and, in at least one case, with their relationships.

How to keep working in an ageist media

Until general public attitudes become more enlightened and discriminatory practices based on age can be put to rest along with other unconscionable -isms, it’s up to us to fight the good fight individually by setting an example. It may also become necessary to do so just to keep food on the table.

And if you don’t think this is relevant to you, don’t worry. You won’t have long to wait.

You can deny getting older if you want. Hide your work experience. Avoid in person meetings. (The current reliance on Zoom and social media for meetings is definitely a boon for this purpose.) Dress young. Talk young. Think young. You’ll undoubtably get away with it for a while.

Nature tells us that all species must adapt or die.

Give potential employers the opportunity to see your maturity as an asset and not a brand killer by always presenting yourself in the best possible light. Don’t deny your experience but don’t expect it to do all the heavy lifting for you any more. Stay focused on staying relevant and reliable.

Keep up to date on pop culture, current events and technology.

Don’t harp on why something won’t work “because it never did”. Be part of the solution, not the problem.

Stop peppering your conversations with constant allusions to how things were done better in the past. Accept that the past is indeed a foreign country, they do things differently there, and move forward. Or at least keep running in place!

A number of veteran freelancers have carved out credible positions for themselves in traditional media as mature authorities or veteran analysts in specialized areas. Many augment such work with their own podcasts to enhance their brand recognition.

Others have set up their own consultancy/inspiration think-tank/lecturing service based upon their admirable experience. Prospective employers who might reject you as an mature underling might gratefully accept your advice and inspiration as a respected and knowledgeable outsider. It’s all about setting up and managing expectations.

Some long-serving journalists and broadcasters who might never have been allowed back on the airwaves/in print due to their perceived senior years (misconstrued by some employers as a turn off for their viewers/readers) have repositioned themselves as some kind of friendly curmudgeon who regularly rants and/or dispenses wisdom on or about this and that.

Is this playing into the hands of spiteful ageists or is it a sublime act of defiance? It’s often hard to tell. But it’s keeping many of these talented professionals in work and in the public’s awareness.

Ageism seems to draw much of its contemptible strength from ignorance and from our greatest fears: Getting older and eventually dying. If we can mock it, deny it, keep it at a distance and not face it day to day, then it probably won’t happen to us.

This just in: Get over it! We’re all getting older day by day, even the youngest amongst us, if they’re lucky.

Ageist attitudes are irrelevant and harmful remnants from earlier less enlightened times. Today they appear to mask a multitude of agendas dedicated to ghosting a whole swath of humanity and further fragmenting contemporary society.

It is up to each of us to fight prejudices to the best of our abilities. Ageism is no different. Perhaps one way is to avoid inflicting preconceived notions of appropriate attitudes and behaviour upon ourselves and to carry on doing what we love most and are best at regardless of age.

And if, as we mature, we can therefore present ourselves to the work world as the positive assets we know we can be, and not as the negative liabilities some fear we might become, we will help ourselves continue to thrive as freelancers.

Who knows, through our continuing work in media, we might even help others in the wider world to perceive ageism as just another indefensible prejudice to be acknowledged, scrutinized and repudiated.