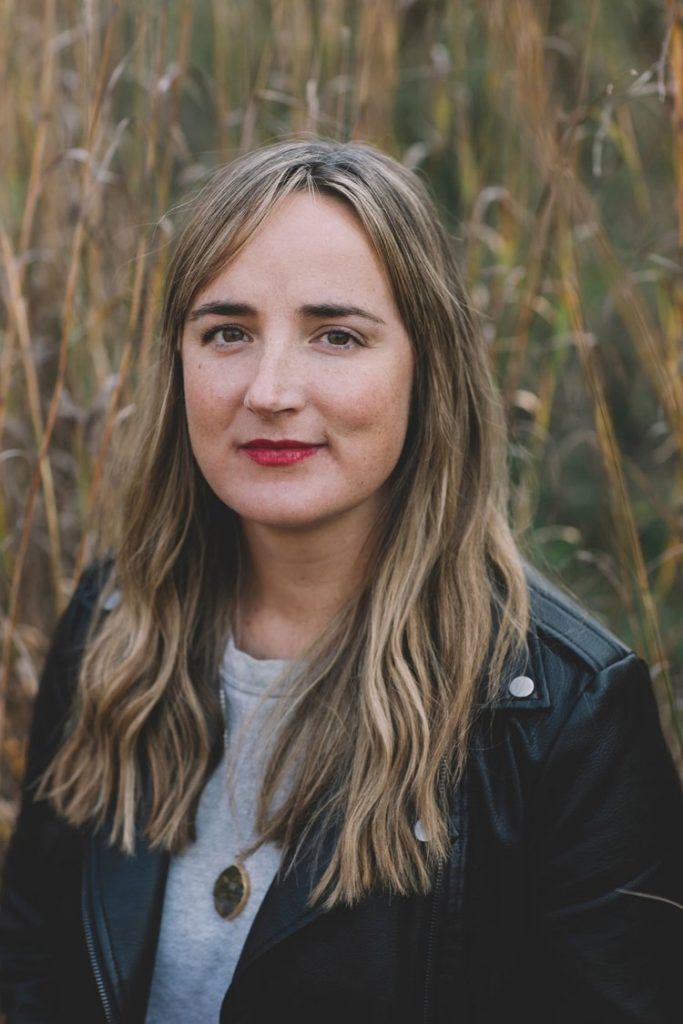 Kalli Anderson is an award-winning freelance audio producer, filmmaker and journalist based in Toronto.

She has produced radio documentaries, news reports and current affairs segments for CBC Radio. Her writing has appeared in publications such as The Walrus, Chatelaine, Today’s Parent, and The Globe and Mail. Her short films have screened in festivals across North America.

She spoke with Story Board recently about the value of working in a variety of media, the ways in which teaching complements her journalism, and the importance of sharing information among freelancers.

You work in a lot of different media — print, audio, film.  What are the challenges of balancing all of those various skills?

I see it differently than it being a challenge. I’ve always consciously tried to be able to be skilled in different media because I think that helps me get different kinds of work, which has practical implications.

But also a journalist and as a documentary maker, I really like to be able to think “what medium would be best for this story or for this material?” I think it helps me do different kinds of work creatively if I have the ability to do it in these different media — because I don’t think all stories fit super well as a magazine piece.

I guess the challenge is more about keeping up my expertise in all the different areas because there are only so many hours in the week and weeks in the year. So I can’t do, maybe, the quantity of every type of thing as some of my colleagues who only do audio documentaries or only make films or who only write for magazines.

But I think if you think about the long view, over time you can build up an expertise in more than one area pretty easily.

And these days more and more — with CBC, for example — I don’t really get away with just handing in a radio documentary anymore. They’re like “okay where are your photos? Where’s your video? Where’s your 800-word web piece?” So I actually feel now that I’m a bit ahead of the game because I’m used to doing all different things.

And as a freelancer I ask to be paid for those other elements, and I think other people should, too.

It sounds like you’re generalist, not just in your subject matter but in the types of media you work in. Has that worked well for your career development?

I don’t really call myself a generalist. I think I have areas of specialty that I’ve tended to do more in terms of content. I end up writing a lot about women and women’s health and sometimes about women and children and reproductive stuff.

But I’ve done lots of other different types of work as well. So in some ways my area is just what interests me.  I’m not consciously trying to build up a really wide range of niches, I just follow my own curiosity and I guess I have a wide-ranging curiosity.

I think in terms of skills, it’s important to get really good at certain skills. When it comes to audio, I am trying to become more and more skilled at the kind of documentaries I make and developing my very particular voice and not trying to just adapt to whatever the latest thing is.

So I think it’s true, it’s good to be a generalist but I certainly don’t consciously try to always, always be broadening. I think it’s also important to have a sense of developing expertise and develop an area where you really are doing the best work you can do and doing work that’s at the level of other professionals in that area.

Do you find teaching is a good complement to your own work?

I first started teaching because I wanted a job that was at least a four-month-long contract of a certain amount of steady work a week, which was really good in a practical sense. What happened to me, though, is that I actually really ended up loving teaching.

So I’ve taken on more and more teaching, it’s become a bigger chunk of what I do. I think when I’m teaching journalism it’s also not this totally separate thing from my practice. Now that I’m teaching an advanced audio documentary class, that feeds in directly to my own practice and my own thinking and my own abilities as an editor.

I find it more professionally fulfilling that way because even if it’s not me producing a whole bunch of my own independent work, I’m involved in the production of a whole bunch of journalistic work every year. It has a student byline, but I find it professionally gratifying, as well. Because when you’re teaching you have to consciously articulate and think about things that, if you’ve done it for a very long time, are very natural and almost instinctual.

I think there’s something really good in having to say out loud what makes a good audio documentary. Or explain to someone why this feature works for you. I think that when you’re in the grind of freelancing just pumping out work, you don’t have a lot of time always to reflect on the practice and the profession. But if you’re teaching you have to.

What do you think is the most pressing problem facing Canadian freelancers at the moment?

Making enough money to survive, if you’re not wealthy or don’t have another income. That’s the main one.

It’s hard when my students say “I’m interested in freelancing” or “how do I get started?” I always tell them it’s possible, but I’ve also at this stage started to say “I didn’t freelance consistently until I’d already worked in a few places, and that’s how you build up that network of people that you know and people that you can pitch to.”

What’s the most important piece of advice you’d give new freelancers?

One piece of advice is even if in the long term you think you’d like to be your own boss and be a freelancer, you can learn a lot doing some staff job work if you can get it. So of course that’s a big “if.” But I think it’s good to do some of that.

If you can do an internship if you’re in school, or if you can get some kind of mat leave job somewhere, or if you can do some work within wherever you want to work, like a magazine or CBC or a documentary company, I think that doing some staff work to meet people and learn how things work and be forced to pump out a lot of work and not just be self-regulating is really valuable.

And then the second piece of advice is don’t assume that you have to meet some imaginary professional bar before you can start pitching to your dream places. Because there’s nothing that really exists like that.

The one amazing thing we have is that we’re at least supposed to be in this industry that doesn’t actually have a bar you’re supposed to cross before you can just be part of it.

I think if you’ve got a great idea and you have a little bit of experience and you know you can pull off the story or the assignment, pitch it to the big leagues. You don’t actually have to pitch it to the really low paid places first.

If the big leagues say no, fine, find a spot somewhere. But I think I sometimes find young people think “oh I can’t pitch there, they won’t know me or they won’t think I’m good enough.”

But they need content and you have new, fresh, great ideas. And actually they’re used to working with a certain number of new writers. Just go for it. Just pitch it to the places that pay money and pitch it to your dream place two years before you think you ought to.

What’s the most valuable thing the union can offer you as a freelancer?

The fact that I have someone to call when I get these ridiculous contracts sent to me asking me to indemnify them and also to give up my moral rights — these weird contradictory demands that you now see in contracts written by lawyers. Even the producers who give them to you don’t know what they’re asking of you.

So that’s one big thing, is just help and advice about contract negotiation — even though they can’t negotiate for you or really be that involved.

I think another thing the union can do is help with information sharing between freelancers, who often feel very disassociated from each other. I get calls all the time from newer freelancers asking “what’s the going rate? What should I be agreeing to? They’re offering this ridiculously low rate, is it really ridiculously low? I don’t really know what to charge.”

I think any amount of coordinating and sharing of information about rates and what’s acceptable is really useful to freelancers.

There’s all this talk about “oh, we have to band together to not let these rates continue to fall and to agree to things that are completely against our interest,” but if we don’t even know what other people are agreeing to, we can’t do that.

So I think that basic information sharing, coordinating of what’s out there, is a really good thing that a freelance union can do.

You can find samples of Kalli Anderson’s work on her website and you can find her on Twitter at @kallipearl.

*This interview has been edited for clarity and length