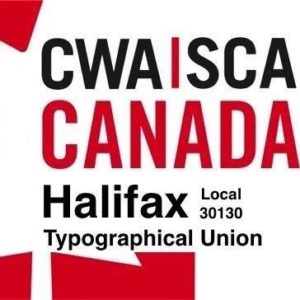 Today marks the one-year anniversary of the beginning of the strike at Halifax’s Chronicle Herald newspaper. The 55 members of the Halifax Typographical Union have been on strike since January 23rd, 2016 over the company’s plan to cut wages and newsroom positions and increase working hours.

Shortly after the strike began, the striking journalists launched an online news site called Local Xpress. In May, they turned the site into a full service local news site.

But it’s not only the striking newsroom employees who have been writing for Local Xpress. CMG Freelance, which shares the same parent union as the Halifax Typographical Union, has been paying freelancers to write for the news site, as well.

CMG Freelance president Don Genova said last week that he’s pleased the union has been able to support the striking workers by partially funding freelance contributions to the strike publication.

“It shows how freelancers, by being part of CMG Freelance, can have a voice in a labour dispute, even when they’re not covered by the collective agreement at the newspaper,” he said.

Yarmouth-based freelance journalist Sandra Phinney has been writing travel and lifestyle stories for Local Xpress since shortly after it launched. She’s currently writing a monthly travel column called “Mindful Travel” for the site.

In an email to Story Board last week, Phinney said she’s happy to be writing for Local Xpress.

“I’m paid promptly, and I have an editor I respect and with whom I have a great working relationship. A freelance writer’s dream,” she said.

Readership for the site has climbed, she said, with her last two columns receiving a high number of shares and comments. Switching from the Chronicle Herald to Local Xpress meant a pay cut and less frequent assignments, but Phinney said her decision to make the switch had nothing to do with money.

“It’s about supporting the workers who have been treated so badly; it’s about standing together; it’s about values and principles and respecting each other,”she said. “At the risk of sounding maudlin, just colour me grateful.”

The vice-president of the Halifax Typographical Union told CBC last week that negotiations with the company may resume soon.