Highlights of the First Annual General Meeting of the CFG Tuesday, February 9th, 2021 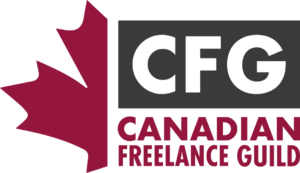 Bylaws: The first-ever set of Bylaws establishing the CFG were passed, after some considerable discussion and constructive ‘friendly amendment’ editing.

The new bylaws include details about the CFG’s Board of Directors, which will consist of a President, Vice-President, Secretary, Treasurer, and two Directors who will have varying responsibilities. There will also be a Past President after the first term has been served. Terms will be staggered so that no board will be constituted with entirely new directors.

The CFG will also welcome the formation of ‘Communities’. Each Community will have at least 10 members from a common geographical area, or such an interest as ‘Food and Travel Writing’, ‘Photography’, ‘Non-fiction Authors’, and so on. Communities will have the ability to apply for funding from the CFG board but are also able to raise funds for their own use.

The CFG will also set up ‘Teams’ to accomplish a variety of goals. There will soon be a call for volunteers for the Teams which will likely include Advocacy, Equity, Communications, and Membership Growth.

Election Policy: The CFG now has an approved Election Policy and an Election Team. The Team will be in touch with all members soon with a call for Nominations for the board positions and election dates.

Finances: The CFG currently has a healthy bank account but projects needed to update our website and membership management system will need to be costed out and approved.

PWAC: Former PWAC President Doreen Pendgracs gave a report on the winding down of the official non-profit entity, it’s almost finished but pandemic-related delays with the federal government have made things difficult. Monies left over total approximately $7600 and will be donated to the Writers’ Trust of Canada. PWAC served as the voice of Canadian freelance writers since 1976.

Other Reports: There were also reports from Organizer Don Genova and Technical Lead George Butters and a guest appearance and greetings from Martin O’Hanlon, president of our parent union, CWA Canada.

Thanks to everyone who took part in the AGM, and to those who offered feedback afterwards. The video recording of the AGM, text chat, results of votes, the PWAC report and approved bylaws and election policy will all be uploaded to the members-only Webinars section of the CFG website as soon as possible.

For more information about the CFG and to find out about the cost and benefits of membership, check out this webpage.