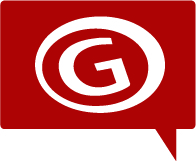 Journalists who contribute to the CBC on a freelance basis are now subject to new minimum rates as of April 1, 2017. The Canadian Media Guild and CBC have agreed to a 1.5% across-the-board increase in rates contained in the collective agreement.

This means the rates have risen by a total of 4.5% since the last agreement between CMG and CBC was signed in 2014. The current collective agreement doesn’t expire until 2019.

I’d also like to take this opportunity to advise you to make sure you are being contracted in the right category. I’ve heard from a number of freelancers wondering about where they fit into the list of options. The categories should be attached to each freelance contributor contract you receive from the CBC.

Those categories can make quite a difference in your final pay. For example, frequent contributors or columnists on radio programs often write their own introductions and question lines, along with some recorded audio clips. This puts you into the ‘analyst-specialist’ category. A 5-minute item pays a minimum of $304.21. If you were contracted instead at the ‘commentator’ rate, you would only be paid a minimum of $114.72, or as an ‘analyst’, a minimum of $177.04. Quite the difference.

Also keep in mind if you are contracted to produce an audio documentary as a contributing producer, for example, your payment is for the documentary only. If you are asked to submit photos, video clips, or write a blog about producing your documentary, that is additional work covered by separate categories and should be paid as such. To view the new rates and access the freelance article of the CBC-CMG collective go to this link.

For the type of work described above, some producers are being hired under a ‘freelance specific services’ contract. This is more like a temporary employment contract. You have no copyright in the finished item and the Corporation owns your underlying materials and moral rights. The fee could oblige you to provide the photos, video, and text to accompany your audio work. Make sure you negotiate a rate that takes into account all of the above. It shouldn’t be any less than what a CBC staff producer would make in a similar time frame. And please insist on having a contract, or at the very least a written understanding of the assignment and your obligations and pay rate BEFORE you start work.

I know talking about money and rates and copyright can be some of the least favourite discussions freelance journalists like to have. But it’s important to know your worth and your rights up front. If you have any questions about rates, categories, or any other issues with your freelance relationship to the CBC don’t hesitate to contact me at don@dongenova.com or our Freelance Branch Staff Representative Terri Monture at terri@cmg.ca.