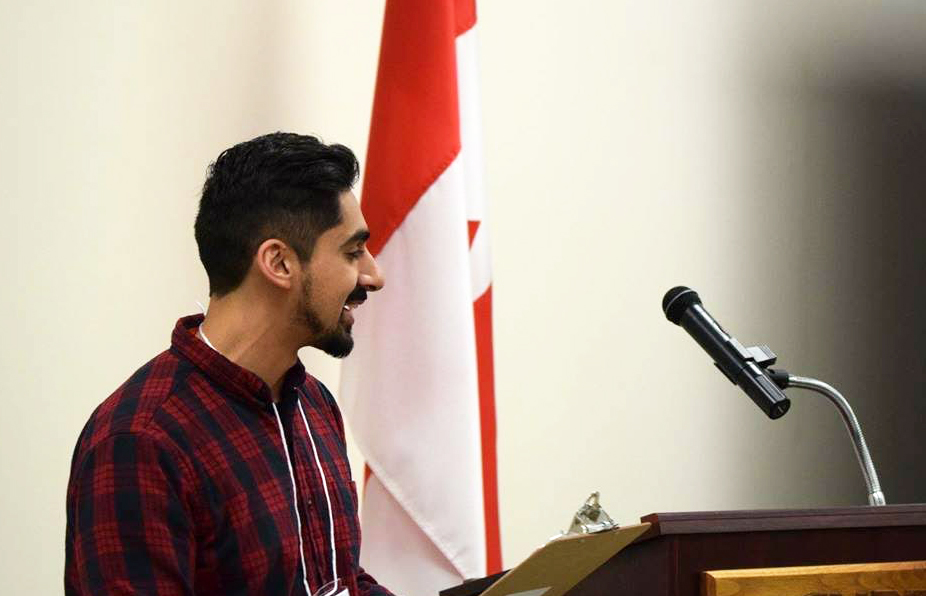 Canada’s free union membership program for media students, volunteers, and precarious media workers has a new leader at the helm.

CWA Canada’s Associate Members program has brought Nasr Ahmed on board as its new program coordinator. He comes to the role from CBC in Toronto, where he worked for close to six years after starting out as an intern at CBC Sports.

Ahmed said he became a labour activist long before he was actually a member of a union. The Associate Members program’s focus on youth is what attracted him to his new job.

“Something that I always found troubling about the labour movement was that there wasn’t really an avenue for young voices to be heard,” he said. “There’s not really any kind of plan for people to get into the union at a young age and for there to be any kind of succession plan for the old guard. And I think the Associate Members program is a great way for young people to understand what a union is on a very baseline level and then to actually participate in the union.”

Because the membership is non-dues paying, said Ahmed, it allows young people to get involved and learn about the value of unionization early on in their careers.

“It gets them familiarized with a union, what it can do for you, what you can contribute to the union as well. It’s just a great kind of starting point for people,” he said.

Most importantly, he said, the program helps young workers understand their rights.

“When you get in a workplace you’re kind of isolated. Your boss has an entire management team. You have a whole totem pole of people who are on top of you and you feel atomized and kind of alone,” he said. “Just knowing your rights can actually help you speak up. It’s not just confidence, it’s actually knowing what rights are afforded to you. And I think that’s really what we’re trying to accomplish.”

The program also aims to help young people get established in the media industry.

But he also has broader ambitions.

“One of my main goals is to try and build a youth movement in Canada. And what that means to me is engaging young people on the issues that matter to them,” he said. “I am a Millennial, and we grew up in an incredibly apolitical time in North American history. Growing up in the 90s and the early Aughts, you didn’t talk politics. You didn’t ask how people voted, you didn’t really talk about political issues. And I think now a lot of Millennials are kind of realizing that was a big mistake.”

From affordable housing to the minimum wage to labour laws, Ahmed said it’s time to build a movement that connects the dots between a variety  of social issues.

“I think that’s been a major turning point for our generation politically, of realizing no, these are not just things happening to us. These are things that we have control over and we need to actively try and reverse them,” he said.

Like his predecessor, previous coordinator Kayla Perry, Ahmed will also be spending some of his time working with the freelance branch of the union. Although Associate Members don’t always move on to become dues-paying members of CMG Freelance, Ahmed sees strong connections between the two branches. Both, he said, are filled with workers in need of community.

“I think freelance workers are more atomized and isolated from each other than any other kind of people in the media,” he said.

If you have questions about the Associate Members program you can email Ahmed at nahmed@cwa-scacanada.ca. And you can find more information about the program here.